Vibell Plastic Surgery and Aesthetic Medicine Clinic, is located in one of the most beautiful and important cities of Perú, the white city, Arequipa. Arequipa is a city in southern Peru and the nation's second-largest city. It is also the capital of the Arequipa Region and the Arequipa Province. The city stands at the foot of the snow-capped volcano El Misti, in the highlands. Arequipa has many fine colonial-era Spanish buildings built of sillar, a pearly white volcanic rock used extensively in the construction of the city, from which it gets its nickname La Ciudad Blanca ("the white city"). The city is located at an altitude of 2,380 meters (7740 feet) above sea level, in the Peruvian Andes. Arequipa is 1,010km south of Lima. Visitors can travel by bus or domestic flight. Flight time is approximately 45 minutes. Arequipa city is very close to Cusco city. Arequipa is 521km from Cusco. You can travel by bus, train or plane. The flight time is about 45 minutes. There are many daily buses leaving for Cusco. The journey takes about 12 hours (longer in the wet season). Machu Picchu is located above the Urubamba Valley in Peru, about 70 km (44 mi) northwest of Cusco. Machu Picchu (Quechua: Old Mountain; sometimes called the "Lost City of the Incas") is a well-preserved pre-Columbian Inca ruin located on a high mountain ridge, at an elevation of about 2,350 m (7,710 feet). The site is probably the most familiar symbol of the Inca Empire, due to its unique location, its geological features, and its late discovery in 1911. Machu Picchu is one of the most noticeable archaeological centers of the world, the most important of South America and, therefore, the most visited tourist attraction in Peru.

It is often said that the city's name comes from the Quechua phrase "Ari, quepay" which means "Yes, stay". Nowadays one assumes that the name is from Aymara "ari" (peak) + "kipa" (locative) and means something like "near the mountain" (volcano El Misti).

In December 2000, UNESCO declared the historical center of Arequipa a World Heritage Site, stating the following: "The historical center of Arequipa is an example of ornamented architecture, represents a masterpiece of the creative coalition of European and native characteristics. A colonial town challenged by the conditions of nature, the indigenous influences, the conquest process and evangelism as well as for a spectacular natural scenario."

The modern city of Arequipa was founded on 15 August 1540, by Garcí Manuel de Carbajal, an emissary of Spanish conquistador Francisco Pizarro. One year later, King Charles V of Spain gave it the rank of 'city' and the coat of arms that it still keeps. The arrival of Spanish influence left many relics and colonial architecture, which reminds the visitor of the city's colonial past, when it was the city with the highest proportion of Spanish population in the whole Viceroyalty of Peru. Arequipa served as a bastion of nationalism during Peru's struggle for independence from Spain in the early 19th century. Later, it served as a rallying point during the War of the Pacific (1879 – 1883) with Chile. One of Peru's largest stadiums, Estadio Monumental de la UNSA, is also located in Arequipa and hosted some of the 2004 Copa América soccer games, attracting many tourists as well as locals.

Known with the nickname of the White City by the colonial buildings of its historic center built of sillar, a pearly white volcanic rock very abundant in the region. The following tourist destinies are the most important:

-Santa Catalina Monastery, undoubtedly the largest and important religious monument in Arequipa. It was open as a museum in 1970. 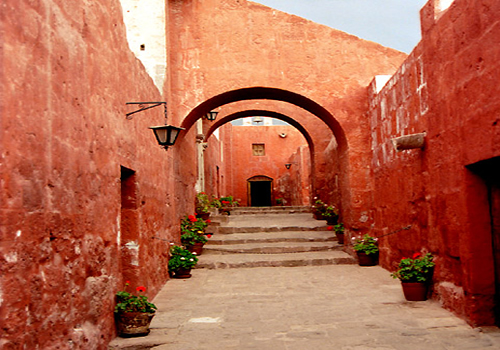 -Cathedral of Arequipa, is the most important temple of the city, its majestic presence in the arms square (main square), and in general in the urban landscape, become it one of the symbols of Arequipa. 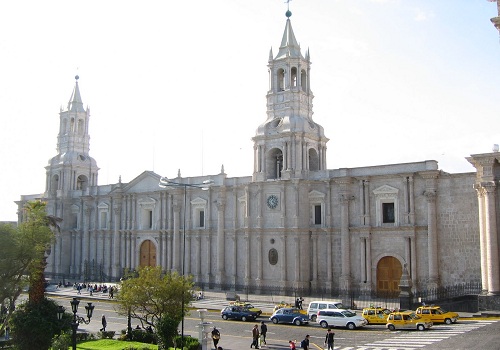 -Colca Canyon is the canyon of the Colca River in southern Peru. It is located about 100 miles (160 kilometers) northwest of Arequipa. Long thought to be the deepest canyon on earth at 10,725 ft (3,269 m), it is more than twice as deep as the Grand Canyon in the United States. The canyon is the habitat of the great South American condor, a species that has seen world-wide effort to preserve it. 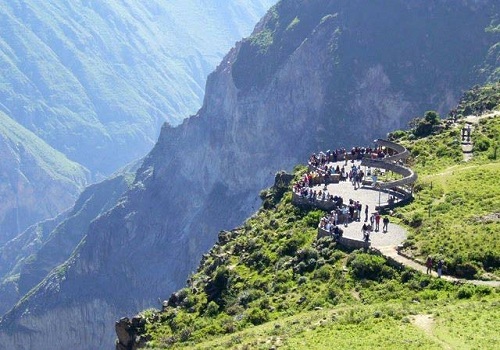 Enjoy your stay in Arequipa!, kind people, beautiful tourist destinations and the possibility to be tried by the most renowned plastic surgeon of south of Peru.